Some photos of aqueducts today which are great engineering feats. Aqueducts are bridges which carry water. The Romans were building them two thousand years ago to provide water for towns.

Remains of a 3rd/4th century Roman aqueduct at Phaselis in Turkey.

In Britain, aqueducts were built over a period of about 150 years from the mid-17th Century for a very different reason – to carry canals (which were used for the transport of goods) over rivers. 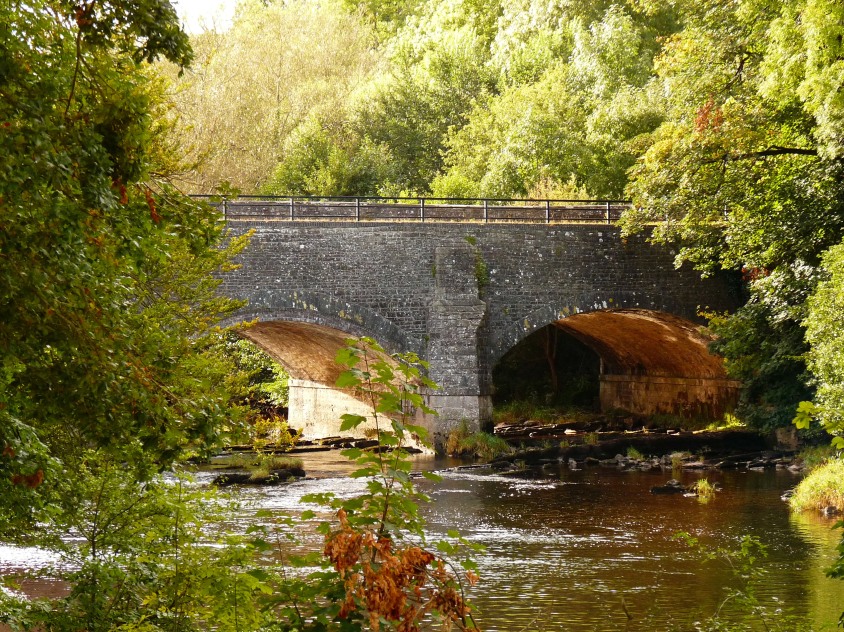 This aqueduct is for a very different purpose. It carries the Monmouthshire and Brecon Canal over the River Usk in Wales

This is another canal aqueduct. The Chirk aqueduct in north east Wales is one of two amazing aqueducts which were built in the late 18th Century to carry the Llangollen Canal over deep river valleys. This one passes over the River Ceiriog before going straight into a tunnel. Next to the canal aqueduct is an even larger railway bridge.

To see a video of one of our holidays on a canal boat on the Llangollen Canal in north Wales, click here. You will not only see more bridges, including a lifting road bridge, but also the spectacular Pontcysyllte Aqueduct. You will also see how locks work to enable the canal to go up and down hills.