BRIDGES are my theme for this week.

Bridges of some sort must have been around for thousands of years, since people needed to trade and move between different settlements. They usually cross water – which may be wide stretches or deep chasms, although many modern bridges now fly above cities and other roads. The longest road bridge is in Thailand and is 34 miles long – I haven’t been there!

Most bridges are beautiful and evocative as well as being powerful symbols. Bridges bring people together from different sides, across rifts and boundaries, geographical and physical as well as emotionally and culturally. Building bridges requires great skill and understanding.

My photos this week show some surprising extremes of types of bridge, “from the sublime to the ridiculous”, from vast structures to simple footbridges, from essential to convenient, from bizarre to works of art. Here are some extremes for today.

Andøy bridge, Risøyhamn in the northern Lofoten islands, Norway is so elegant and in beautiful surroundings.

Some courage and a good sense of balance is required to cross these logs and planks laid over the fast flowing Sipi River in the foothills of Mt Elgon in Uganda! There are three magnificent waterfalls as the river cascades down the mountain.

Pont d’Avignon ‘over’ the River Rhône in southern France was built in the 12th Century – and doesn’t get you safely across the river! It even has a chapel on it. But the Rhine flooded so many times, sweeping away several arches at a time, that they finally gave up repairing it in 1644, since when it has been impossible to cross the Rhine here. 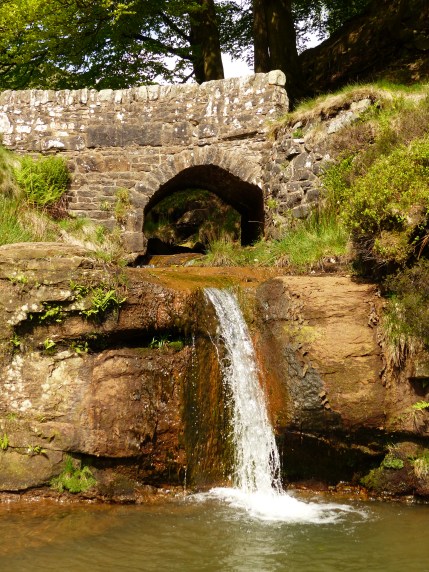 This little bridge over a stream at Three Shires Head, where the three counties of Derbyshire, Cheshire and Staffordshire in the UK meet, must be one of the smallest.

A railway bridge near Mountsorrel in Leicestershire (England) over the River Soar which frequently floods large areas of farmland and villages.