The last day at Bempton Cliffs in East Yorkshire – and I’ve saved PUFFINS to the last. They are such comical birds with extraordinary bills and are the bird most people want to see when they visit.

Puffins are another member of the Auk family and share similarities with Guillemots and Razorbills, such as being poor fliers but well equipped for “flying” underwater and spending their lives far out at sea most of the year only coming to land for breeding. Their chicks, known by the delightful name of pufflings, jump off the cliff edge into the sea but spend longer in the nest (up to two months) which are not on open cliff edges but in holes (such as old rabbit holes) or deep cracks in cliffs. Very little is known about their life at sea as they are rarely seen. Surprisingly, they lose their iconic, colourful sheaths on their bills when back at sea, only developing them again for the next breeding season.

Puffins leave their breeding sites all together in large numbers by the middle of July – the one above is the only one I saw last week! All the photos below are from previous years. 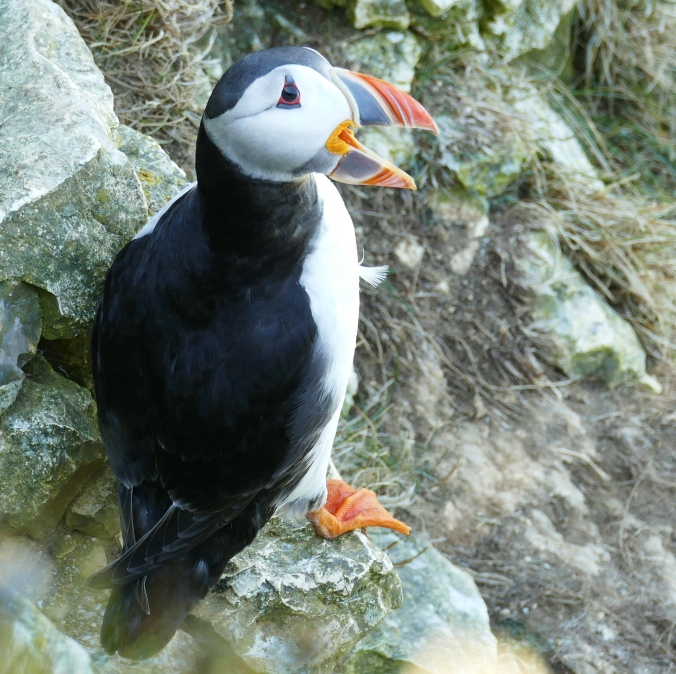 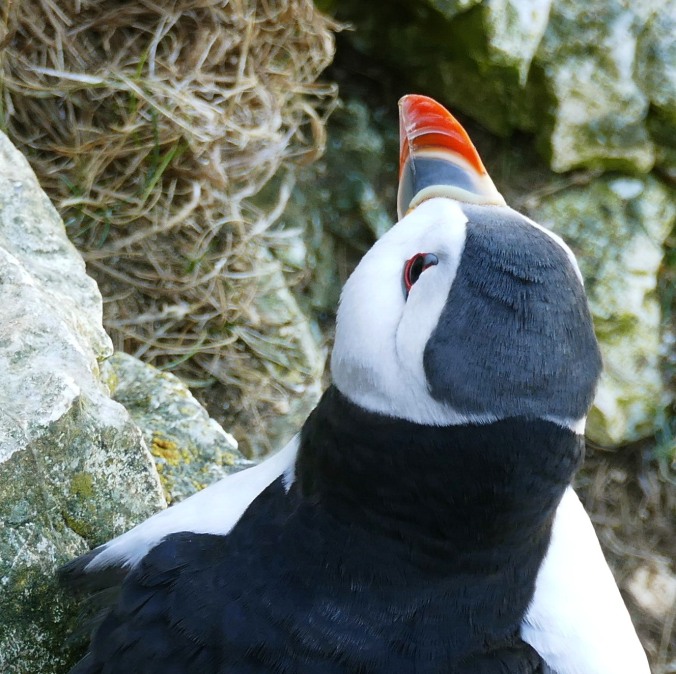