Having set the scene yesterday, I am starting the week of birds at Bempton Cliffs with GANNETS.

The six mile stretch of chalk cliffs between Bempton and Flamborough is home to nearly half a million seabirds which come to land between February and October after spending the winter at sea many hundreds of miles away. The numbers peak in the summer when there are thousands of chicks. The birds are generally good-natured as they shuffle around and nudge each other to find a tiny ledge or hole on the sheer cliffs on which to rear their very well-behaved offspring. Any wriggling or pushing or arguing means a 100m plunge to their death on the rocks or into the sea below! You can smell the cliffs before you can see them!

When I took Amelia, my youngest granddaughter aged 6, to Bempton two years ago, what she was desperate to see were the Puffins. But it was the Gannets which stole her heart. They are huge (with a wing span of nearly 2m), but so graceful and elegant. What Amelia especially loved about them were the affectionate courtship gestures of “kissing and cuddling” as she called it. You can see more about that visit by looking at a version of “Amelia and Gran’s Fourth Nature Book“.

There are 11,000 breeding pairs of Gannets at Bempton, nesting precariously all over the cliffs.

Any guesses as to what the long white line is?! 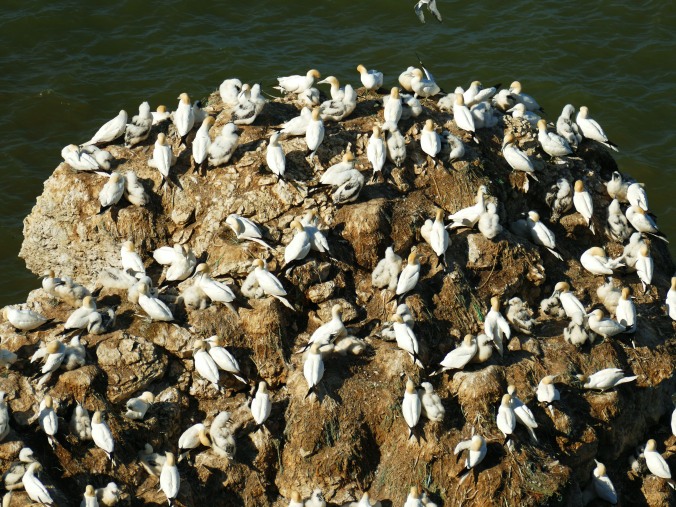 Thousands of Gannets nest on the cliffs 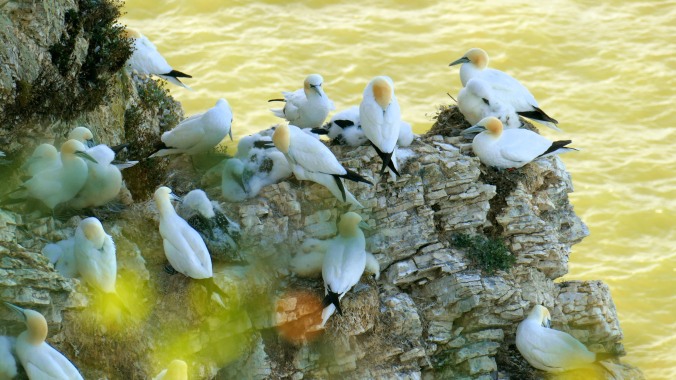 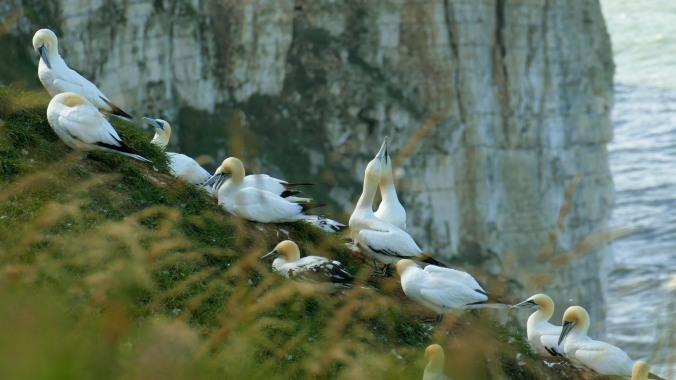 Seeing Gannets flying one hundred metres below or gliding gracefully past a few metres away at eye level almost brushing the cliff-top flowers or watching them sweep high above is breath-taking. I never tire of watching them. Who cares about the smell when you can look straight into their lovely pale blue eyes?!

I took nearly 2,000 photos to capture just a few that I was happy with. (That wouldn’t have been possible in the days before digital photography!) I hope you get a sense of their beauty.

Gannets take five years to mature and don’t reach the glistening white adult plumage, with black wing tips and soft golden heads, until then. Their first year feathers are almost entirely black (none had yet left their nests). They lose more black feathers each year, often giving the appearance of piano keys!

[By clicking on one photo, you can enlarge them and scroll through them all.] 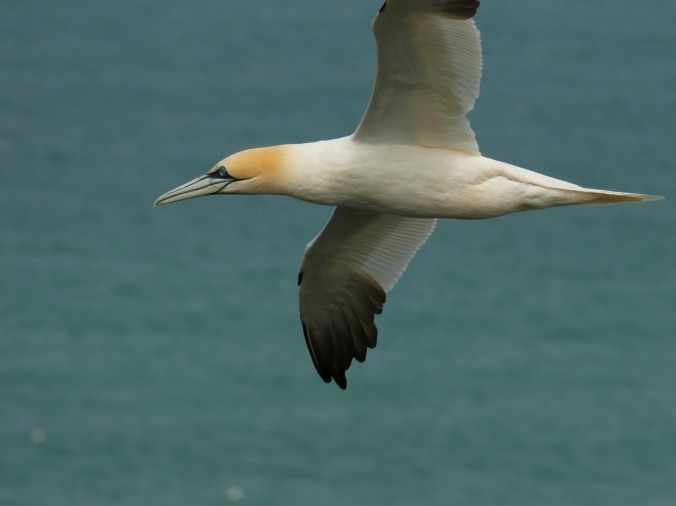 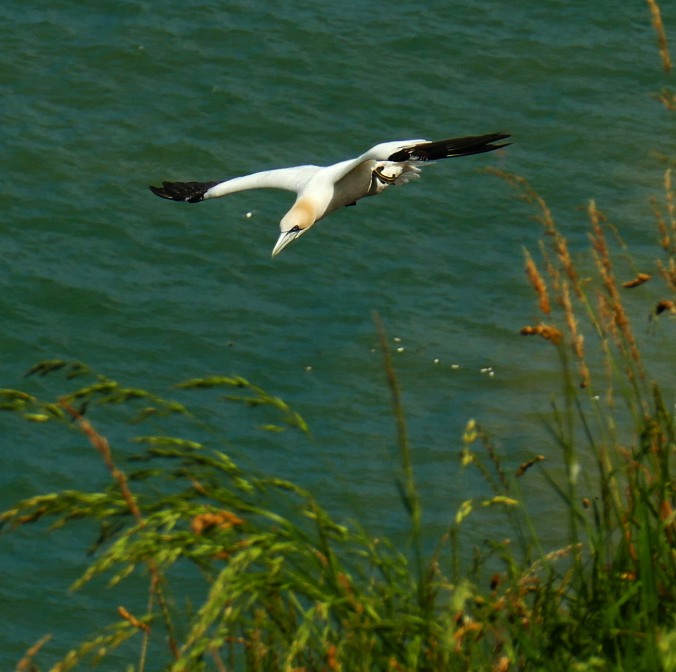 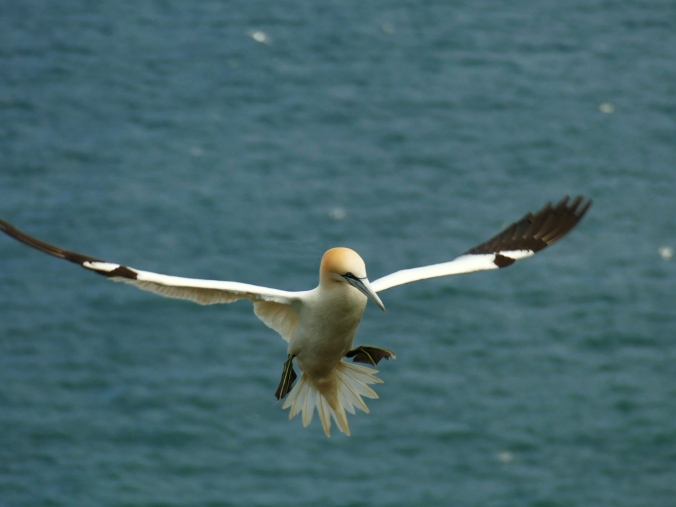 Coming into land on a tiny ledge …..