Goats again today, but in Uganda this time – specifically in the region of Teso in north eastern Uganda which is my “second home”.

You saw Becky (my eldest granddaughter, now a Junior Doctor working in ICU during the COVID pandemic) in some of my photos yesterday with my goats. She has always wanted her own goat. Five years ago, when she was with me in Teso getting experience in local hospitals, she had her twentieth birthday. After talking to a close family friend, Robert, I decided to give her a goat which Robert said he would look after in his village home in Tubur.

Becky was so surprised and overjoyed and named the goat “Harriet”, which she spoiled no end for the few days she had with her before leaving. Robert also gave her a chicken which he intended for her to eat for her birthday, but she asked him to take it home as well and breed from it.

Uganda: Becky on her 20th birthday with Robert and her presents

Adam (her brother) and Rob (now her fiancé) watching “Harriet”

Spoiling “Harriet” with treats from home …. 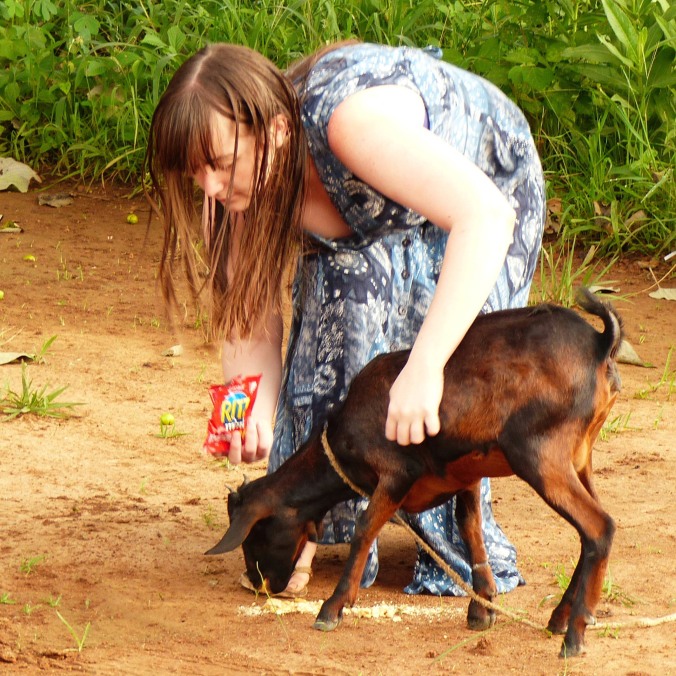 …. such as Ritz savoury biscuits!

The hen proved to be an excellent mother and by selling her progeny, Robert was able to buy Becky a male goat and “Harriet” started producing kids. Numbers increased to 13 so Robert sold some to buy a cow for Becky. And so her farm continues to expand!

“Harriet” with her first kid

Another kid has delusions of grandeur! 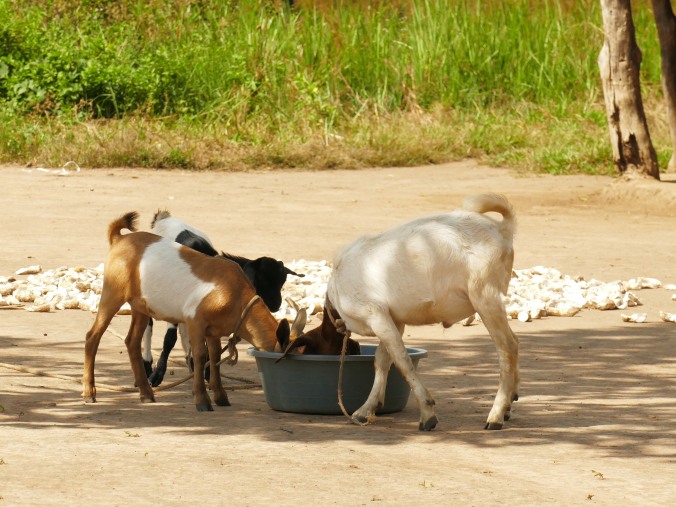 The goats sleep in this shelter at night 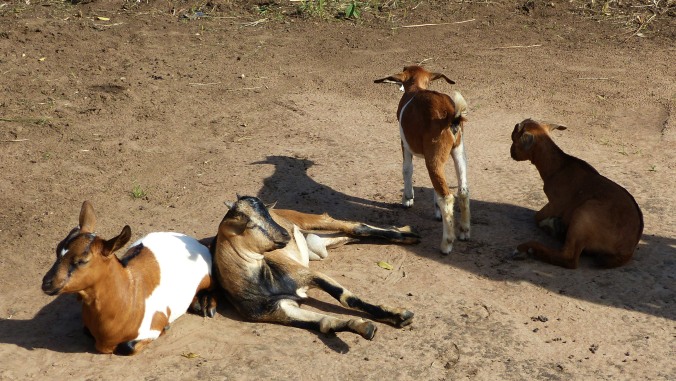 All the goats belong to Becky!

Inspite of Robert and his family being reduced to eating only one meal a day during the lockdown restrictions, Robert won’t sell any of them even though Becky has told him to. One reason is that because of the desperate shortage of basic food such as cassava and sweet potatoes, millet and beans, the price of livestock has dropped so drastically that it isn’t worth selling them.

In 2004, I set up a sponsorship programme  in Teso called TESS (Teso Educational Support Services) which has taken hundreds of the poorest children of Teso through post-primary education to the highest level appropriate for each child. As you can see from Becky’s story, goats are such a good resource that we gave each student a goat or a sheep for their families. Many years on, most of the original animals are still producing, as below.

Uganda: Original goat was given by TESS sonsorship programme

Another TESS goat given to a sponsored girl