I am fascinated by all forms of wildlife and love trying to photograph them, from huge elephants to tiny insects. Photography can reveal so much which I miss when just looking and watching because you can get up so close and see unexpected details. Whenever and wherever we go on holiday, wildlife and nature are our focus.

I have been privileged to visit Madagascar twice, in 2015 and 2019. Madagascar is an extraordinary island, larger than France, with 90% of its plants and wildlife being found nowhere else in the world. It split off from Africa 170 million years ago and then from India 100 million years. It wasn’t populated by humans until between 2,000 and 4,000 years ago, the first being people from south east Asia. About 600 years ago, people from Africa came across.

Madagascar has primates, but none of them are monkeys or apes. Instead, its primates developed as lemurs. There are more than 100 species, nearly all of which are endangered or critically endangered. Thanks to the help of experienced trackers and guides and by going off the beaten track, mainly in forests, I have been fortunate to see a third of the species, including two out of only about twenty Northern (Sahafary) Sportive Lemurs believed to still be alive.

The smaller lemurs are nocturnal, so usually only spotted on night walks although I have seen some sleeping during the day. They range in size from tiny Mouse and Dwarf Lemurs, which look a bit like dormice and weigh from only 30g (1 oz), to the Indri which weighs about 9.5kg. Most occur in only two or three locations.

Apart from the somewhat bizarre-looing Aye-aye, they are all very endearing. I will start with some of the nocturnal lemurs. 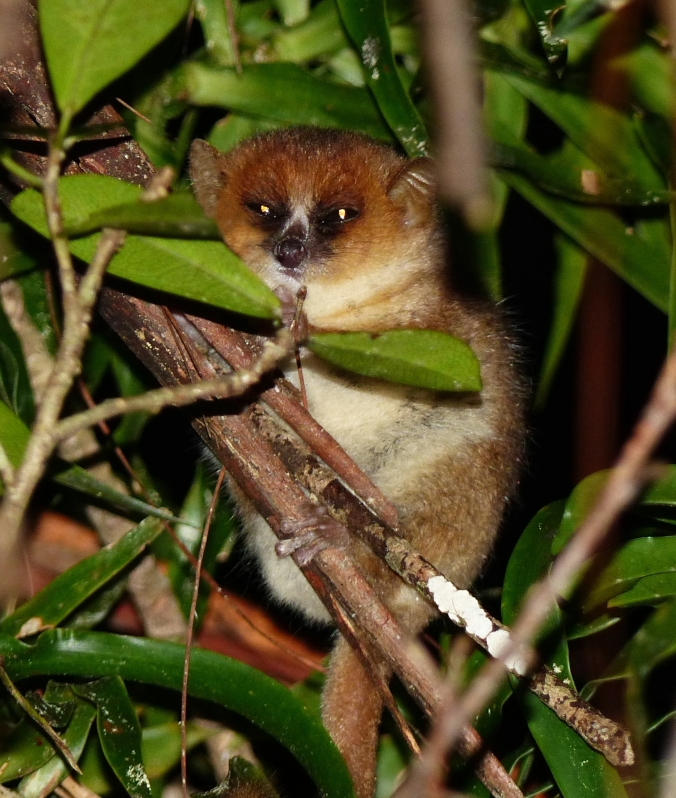 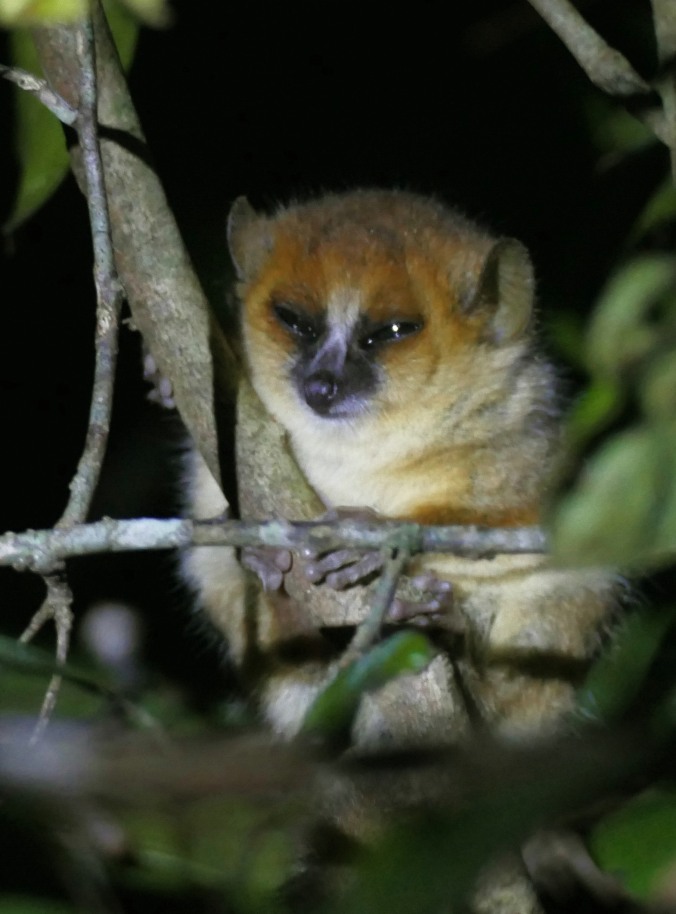 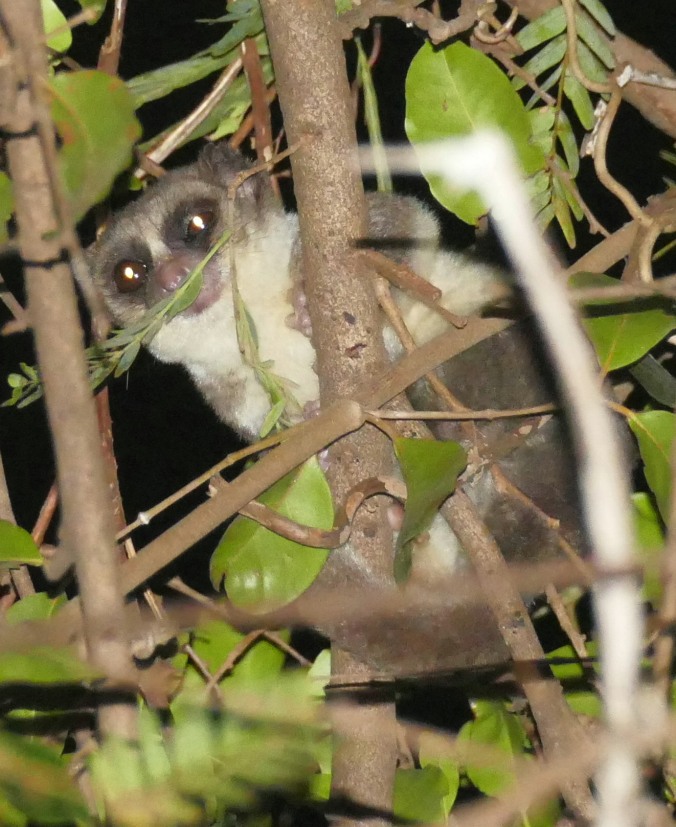 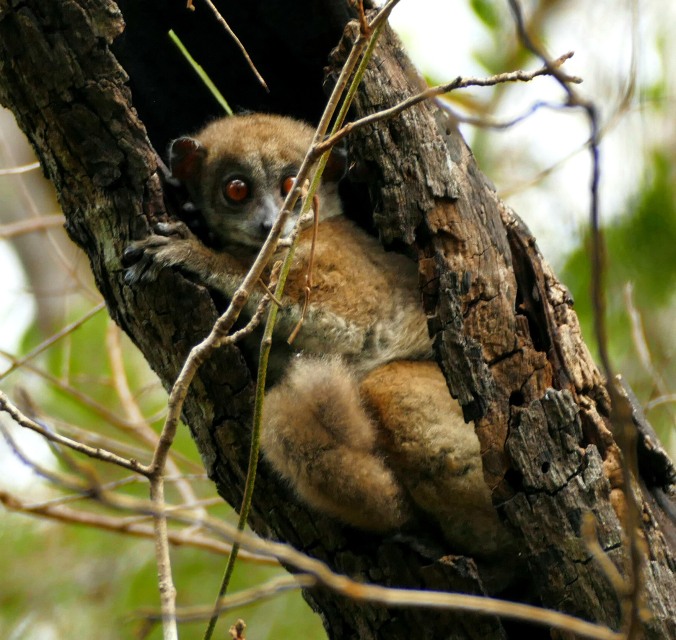 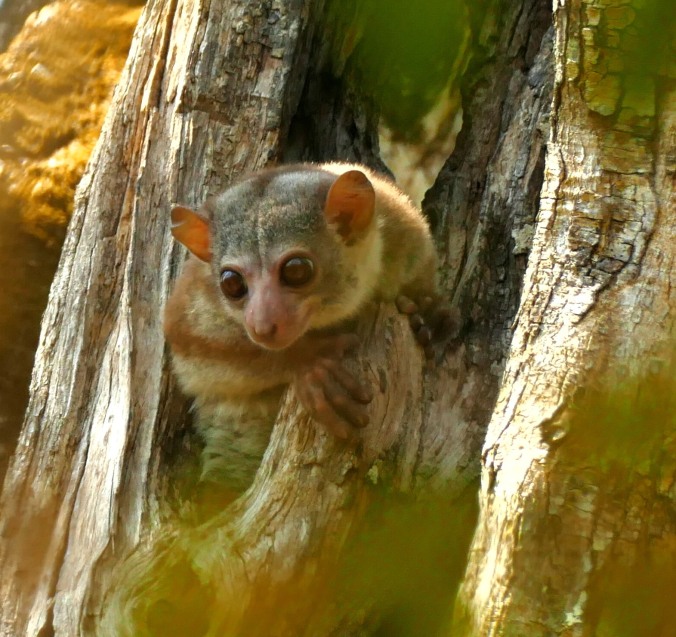 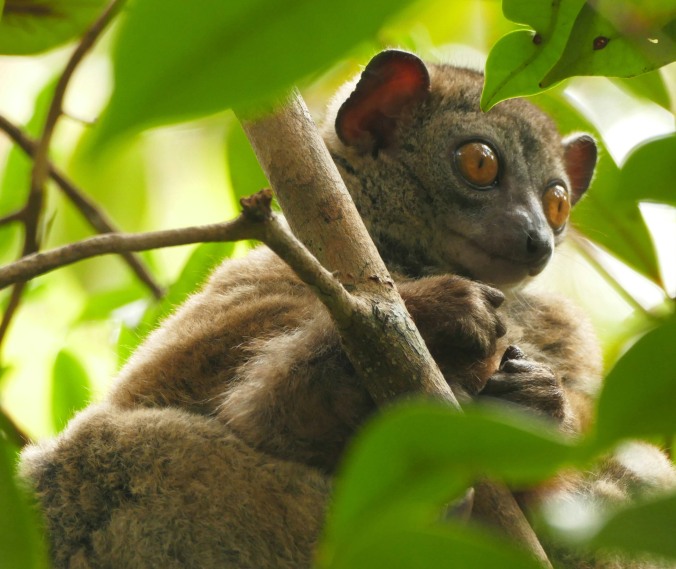 Northern (Sahafary) Sportive Lemur – only about 20 are believed to be left. 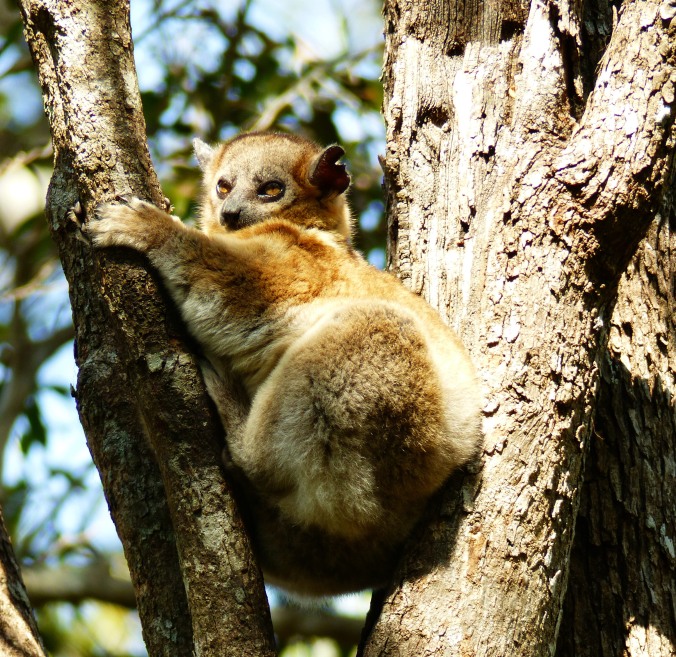