Lisa’s Challenge this week is OWLS

So here are my photos – once again, mainly from other countries as I haven’t often seen owls in this country. We have periods when we hear Tawny Owls around our house for a few weeks – and then nothing for months. I have occasionally seen them on a lamp post and hear them from the big oak tree nearby. Recently, when they were calling in the big oak tree nearby, I went out and played a recording on my phone app, as a result of which I saw a dark shape fly across and into our silver birch tree which was exciting. But it was much too dark to photograph it.

The Tawny Owl is sometimes known as the Screech Owl because of its call. We are familiar from children’s books with their call “too-wit, too-woo”, but this is actually the combination of a male and female calling to each other. It is only the male which calls “too-woo”, often with a prolonged tremor on the “woo” which I used to imitate by blowing between my thumbs with my hands cupped together. The female’s call is the harsher “too-wit” screech. So remember, “too-wit / too-woo” is female / male, not that you often hear both together like that.

Well, after all that preamble, I don’t have a decent photo of a Tawny Owl to show you! The only owl photos I have from the UK are of a Barn Owl I watched hunting at Bempton Cliffs, a thrilling experience. I was very surprised to see it hovering before it plummeted head first into the long grass to catch its prey – I didn’t know owls could hover. 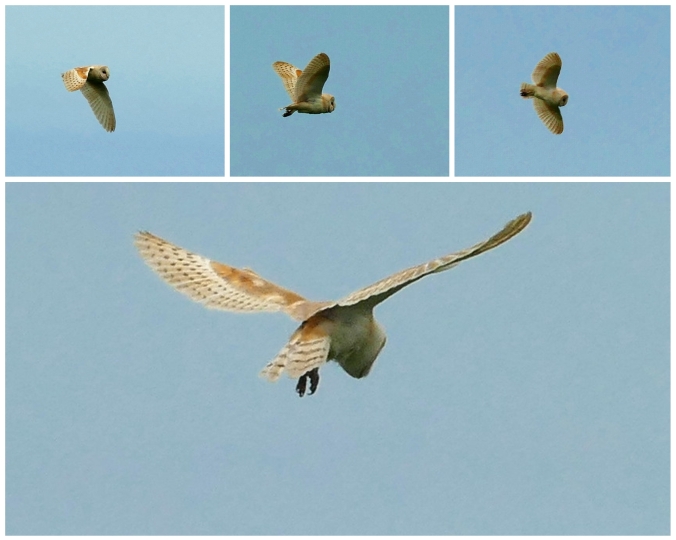 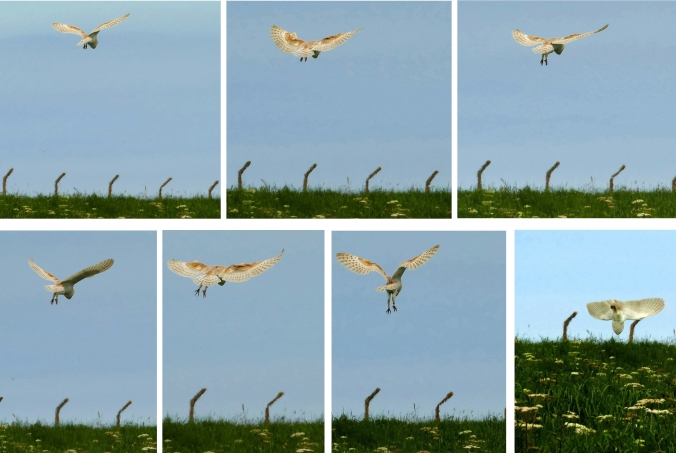 And now for some owls seen on my travels. The easiest to photograph are the cute little Burrowing Owls in South America (I’ve seen them in Chile and Brazil) as they are active during the day, digging their burrows on open grassland. They’re even happy for you to creep close and take their photos! 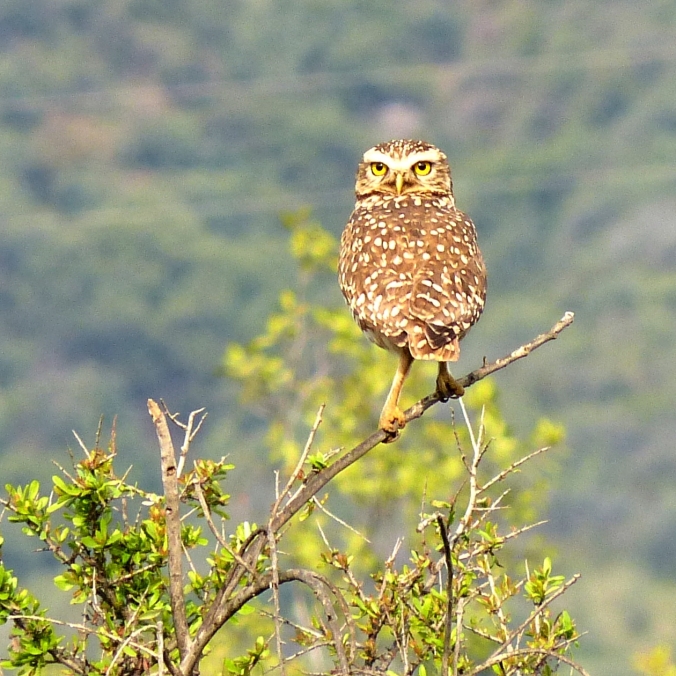 Burrowing Owl in Chile. See how far it can turn its head round! 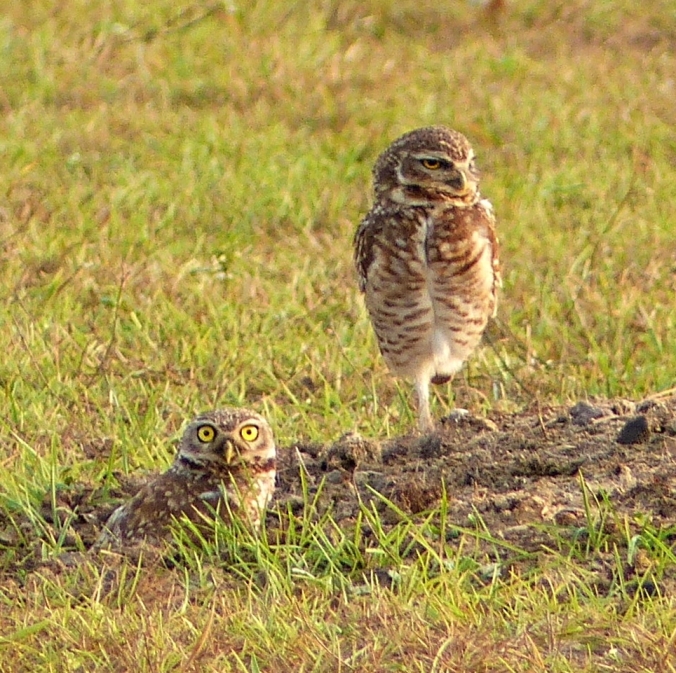 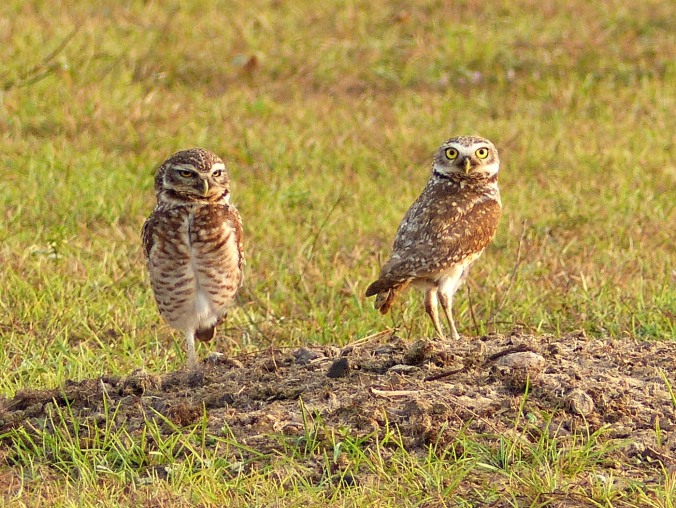 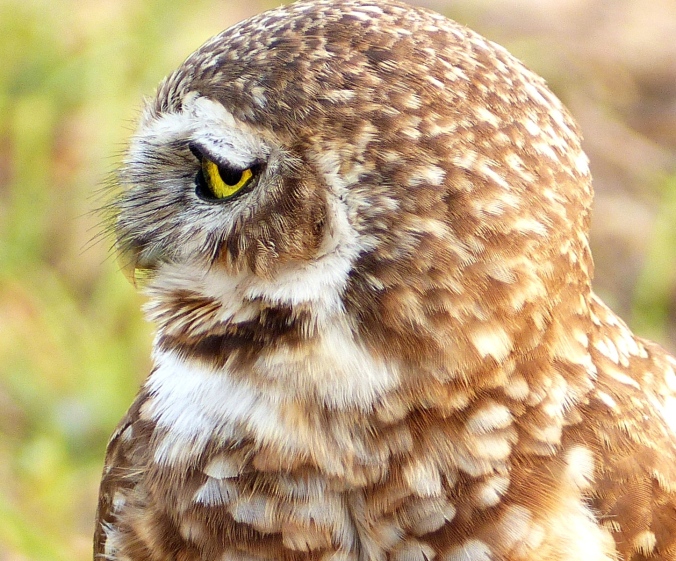 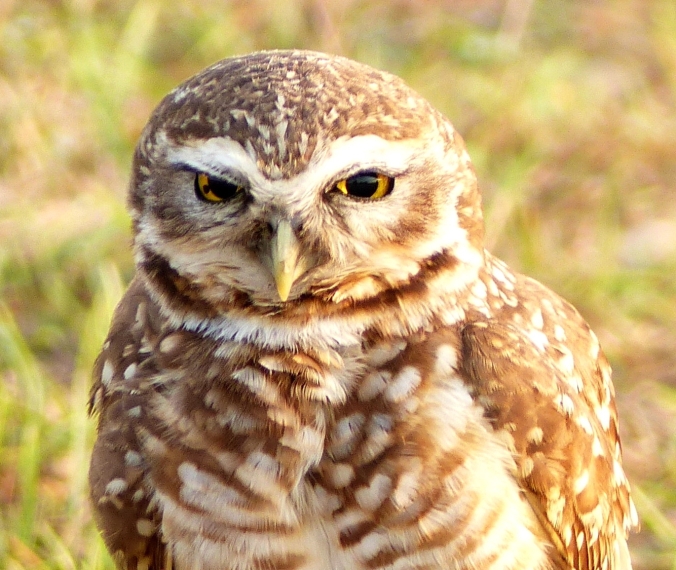 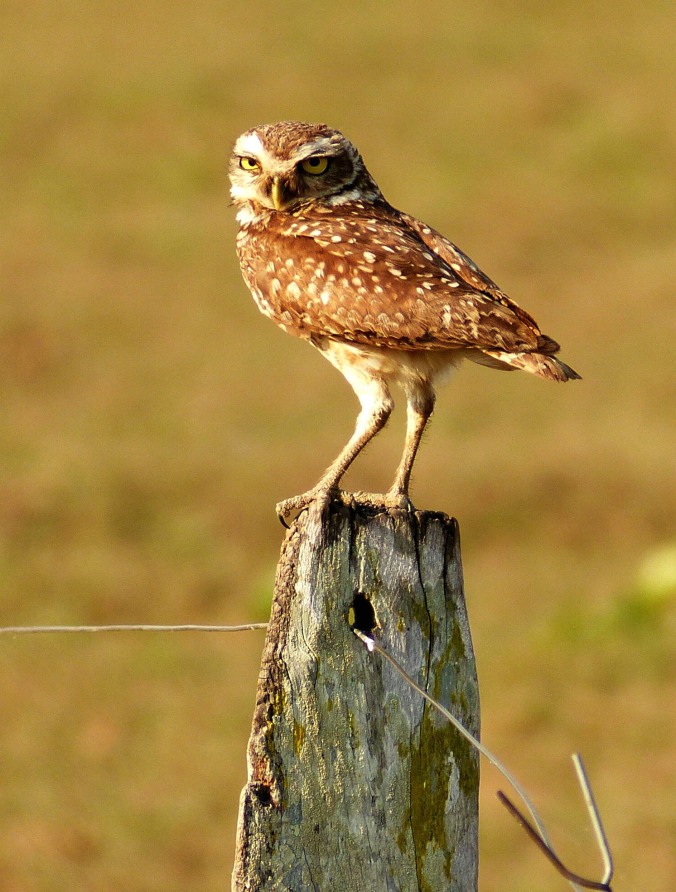 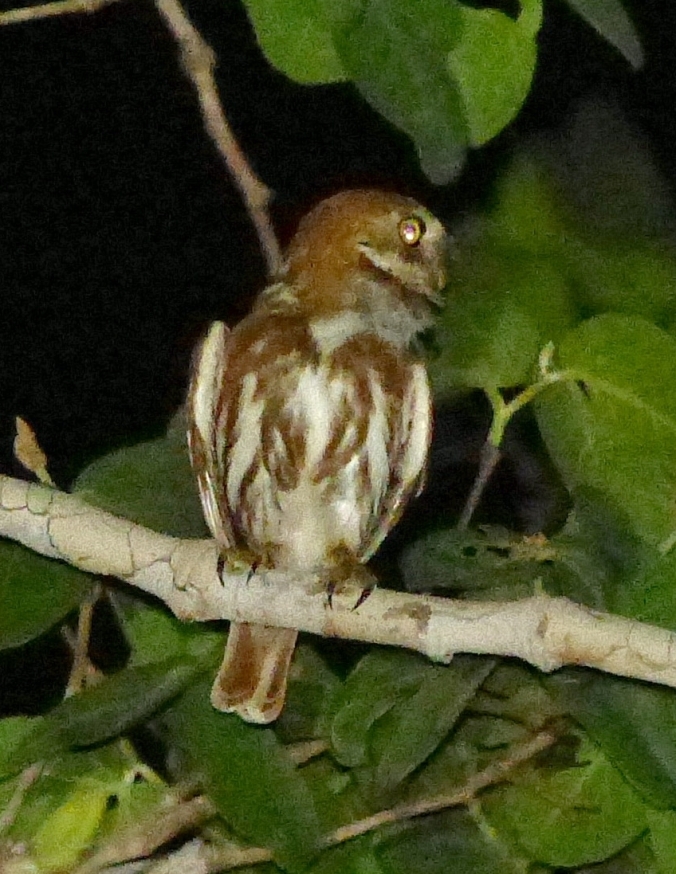 In India, I’ve seen more cute little owls (called Owlets) which are even smaller than the Burrowing Owls. 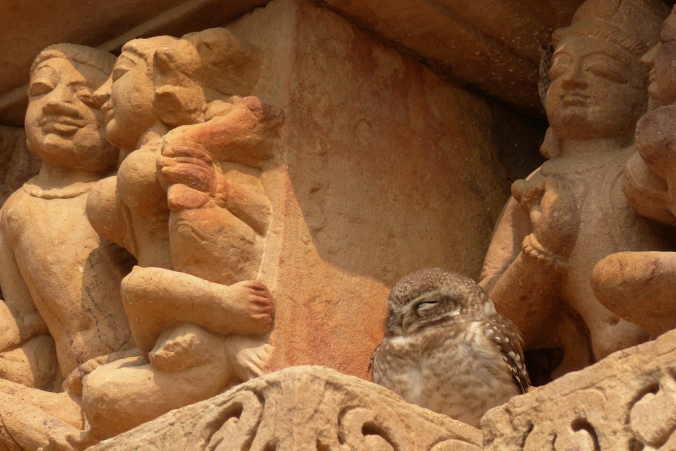 Spot the Spotted Owlet, dozing amongst the carved sleeping figures.! 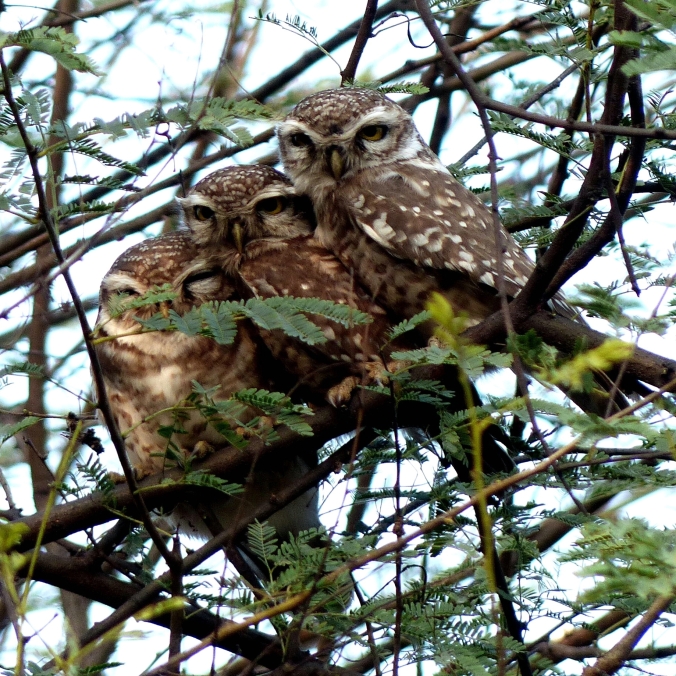 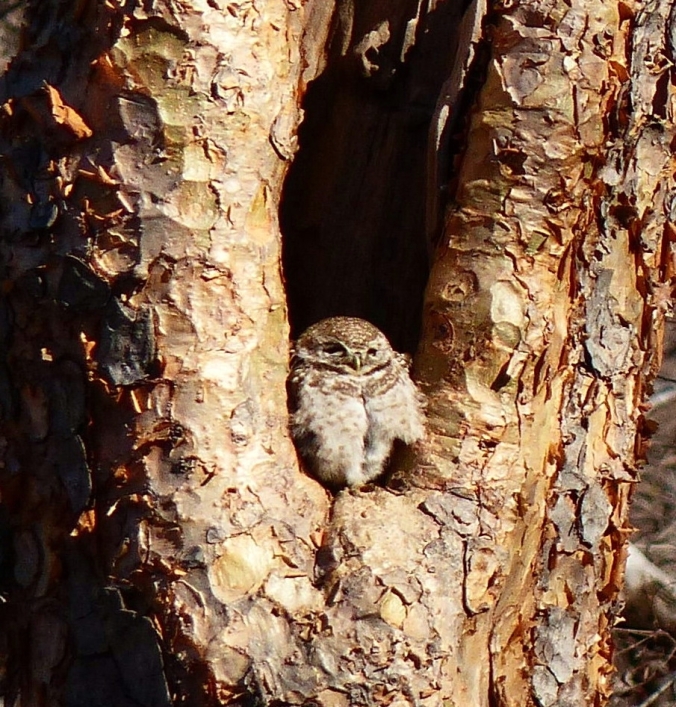 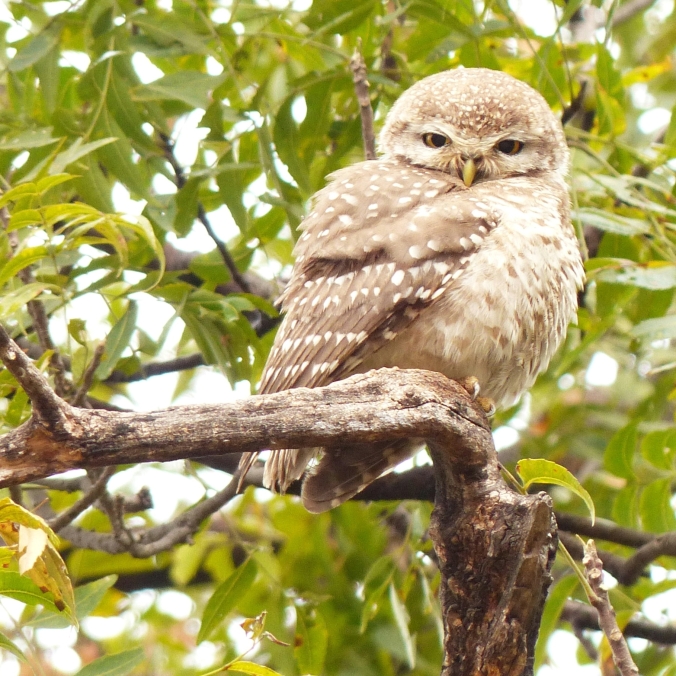 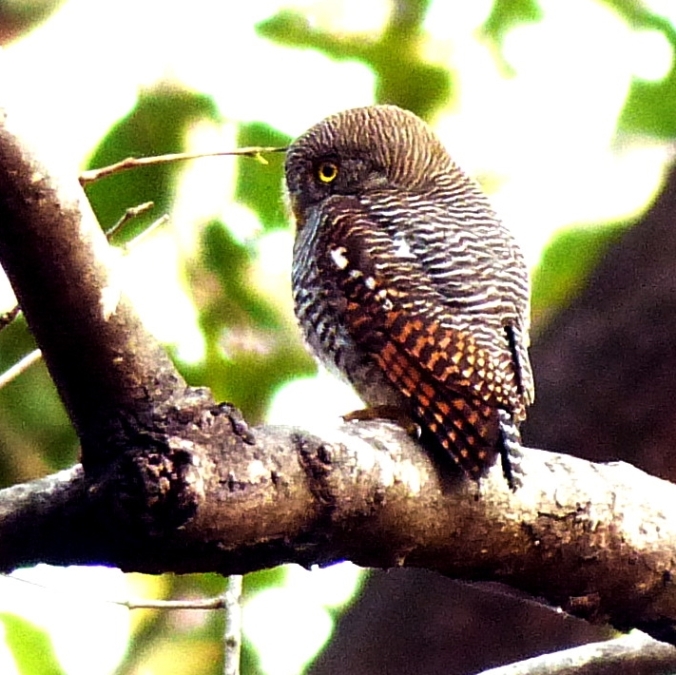 The Madagascar Scops Owl is huge. I saw the first one during the day, roosting safely in a thicket. The second one was at night. 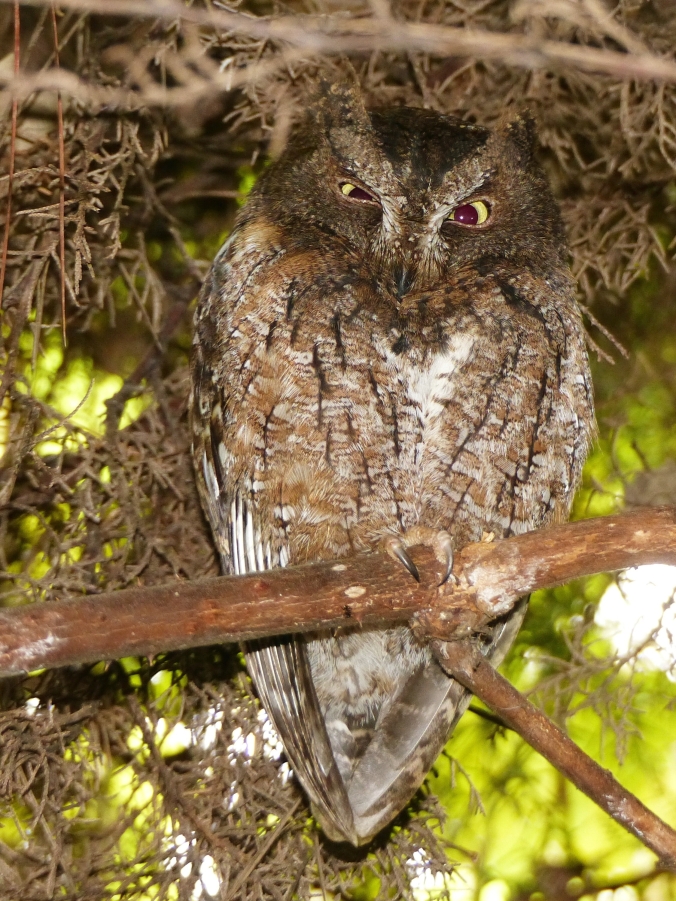 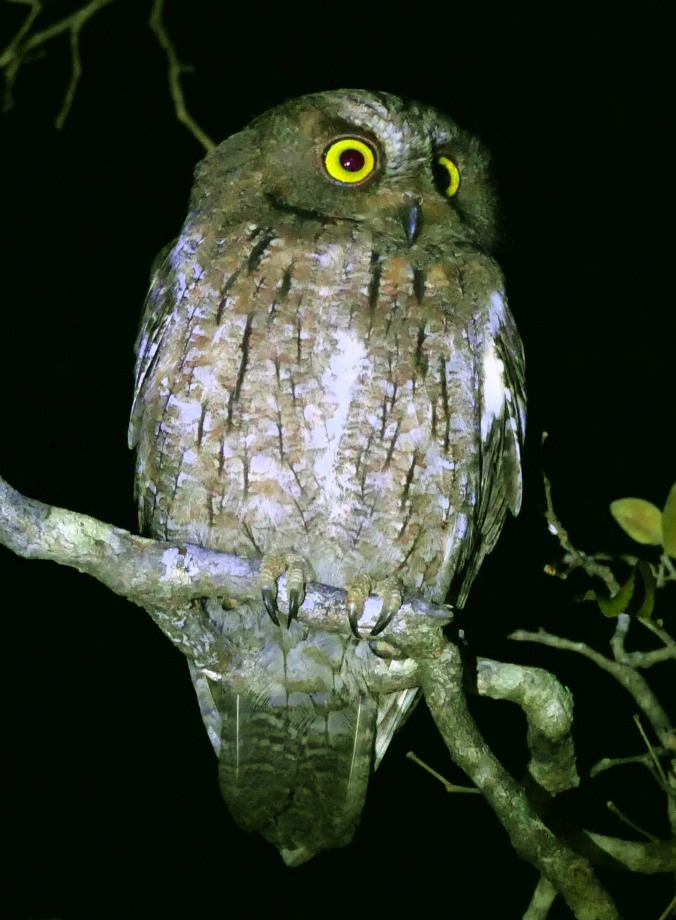