Although not macro photography, I couldn’t ignore some of the BIRDS around, especially the young Kingfisher which posed for us near the edge of the lake while we were trying to photograph the dragonflies! It made one unsuccessful attempt to catch a fish before its parent brought a fish. However, despite pleading to be given it, and almost taking it out of its mother’s beak, she then flew off with it, with the youngster in hot pursuit, and dropped it in the water to encourage it to fish for itself. (Unlike the others in the group, I only have a “bridge” camera, so didn’t get beautiful photos like they did as it was a bit too far away, but it was nevertheless a rare and magical experience to witness.) 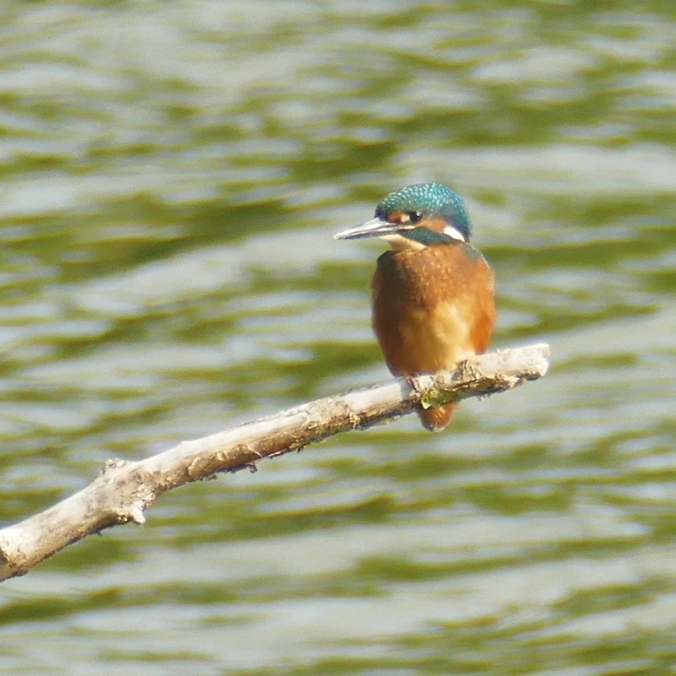 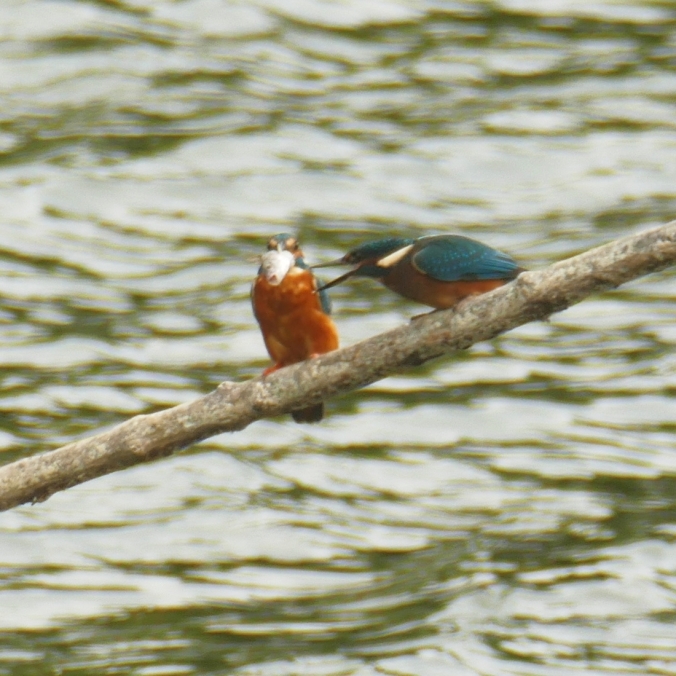 Black-headed Gull (it only has a black head when breeding) 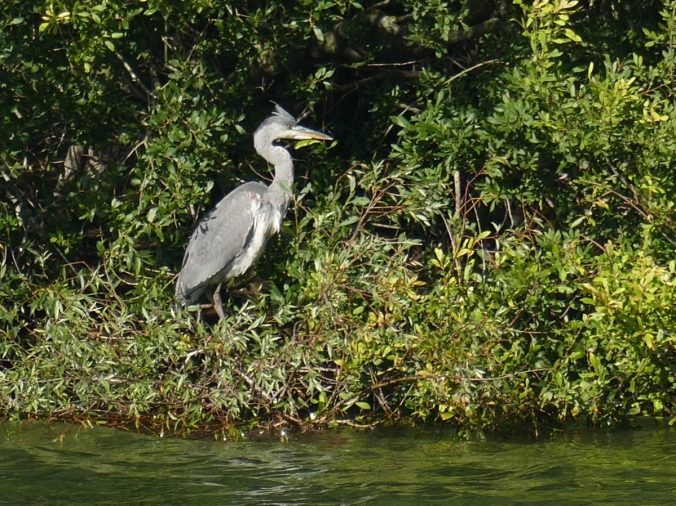 It is only in this century that Egrets (mostly the Little Egret) have come to Britain and are now even breeding here. Elegant birds with spotless white plumage reflecting in the water, they stamp in the mud to disturb small fish and invertebrates to catch and eat. The Little Egret has bright yellow feet. 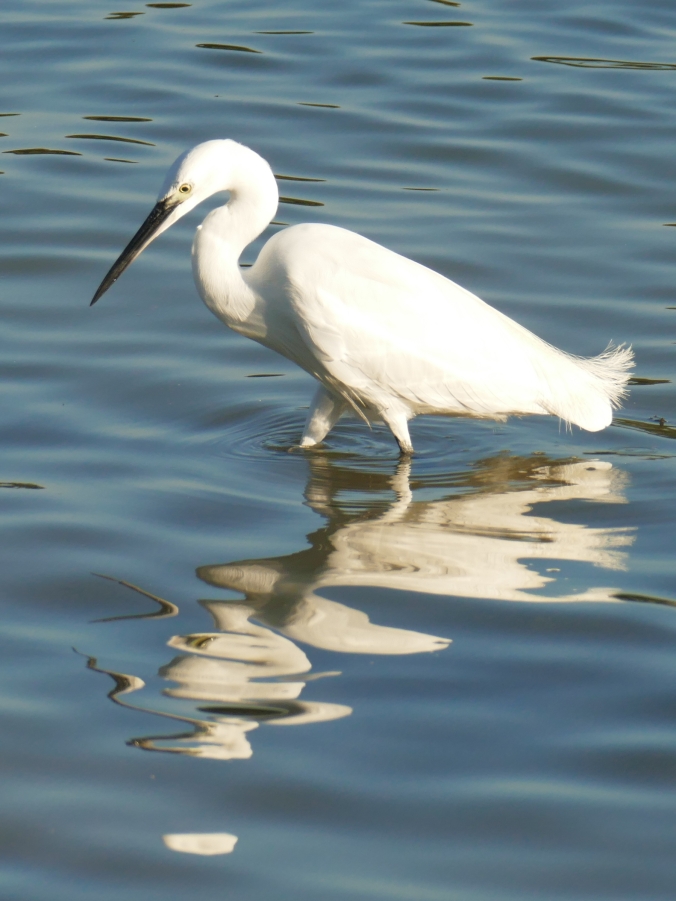 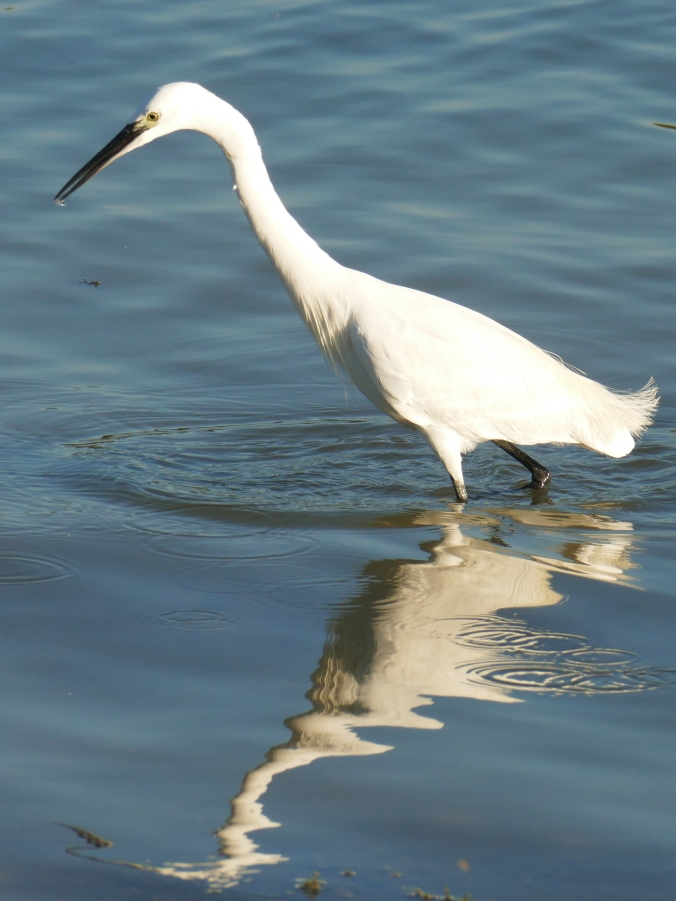 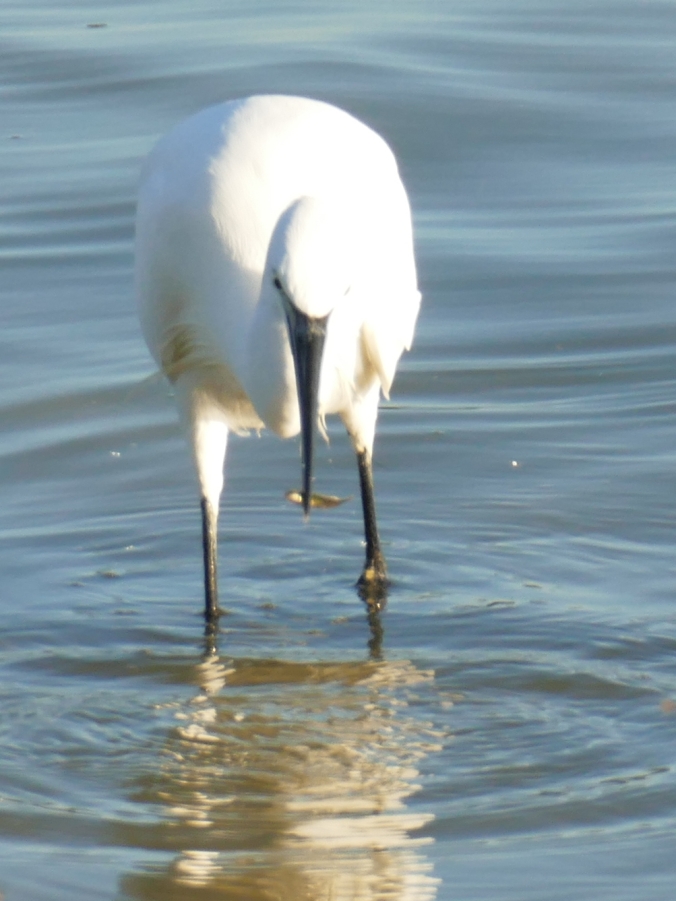 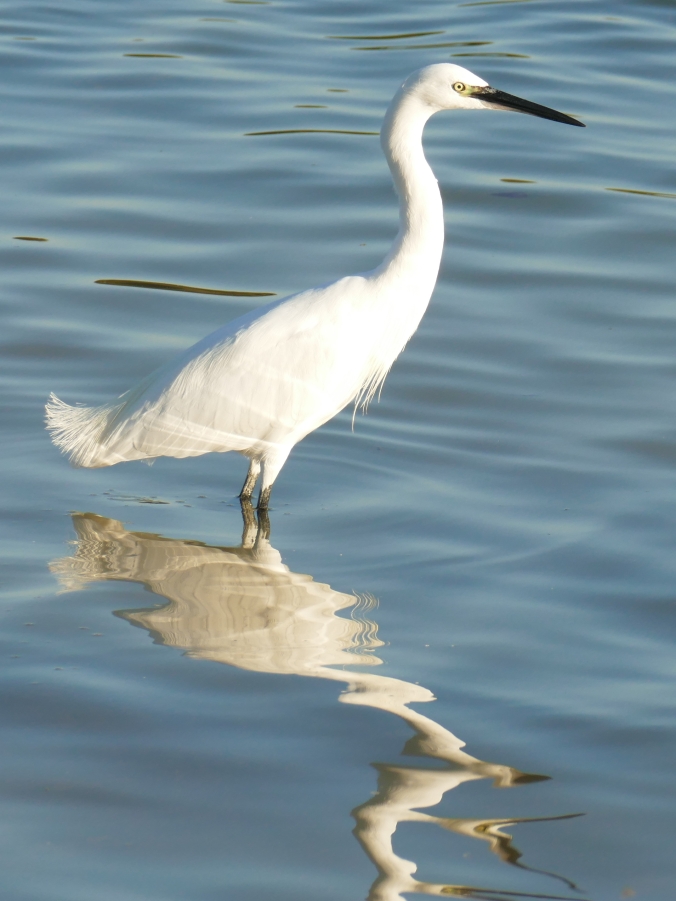