Six species of DEER live freely in the British countryside. However, only Red Deer and Roe Deer are truly indigenous. Fallow Deer were almost certainly introduced by the Normans in the 11th Century, while three Asiatic species, Muntjac, Chinese Water Deer and Sika Deer, were brought in the late 19th and early 20th centuries.

Fallow Deer roam freely over 200 sq. miles in the New Forest in Hampshire.

Fallow Deer also roam ‘freely’ in Bradgate Park (near us in Leicestershire). They were introduced there 800 years ago! 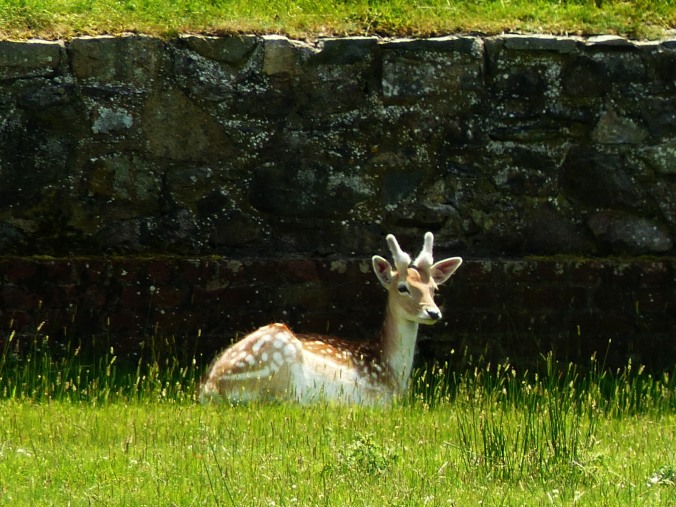 These handsome Sika Deer were introduced from Asia onto Brownsea Island in 1896 but, being strong swimmers, it wasn’t long before they swam across Poole Harbour (sea water) and colonised the Arne peninsula in Dorset where they roam wild in the RSPB Reserve.