The last day of photos of Lemurs in Madagascar. It’s hard to choose, but I think the Sifakas are my favourite group of lemurs. I showed you some Diademed Sifakas earlier in the week and so want to end with some different Sifakas. They can jump through trees, even thorny trees covered in lethal spikes, but often prefer to  elegantly dance or spring sideways across the ground on their hind legs while holding their hands up. Most species have thick silky white fur with lovely ginger or dark brown markings although there is one black species. I don’t know how they survive in the heat with such thick coats! 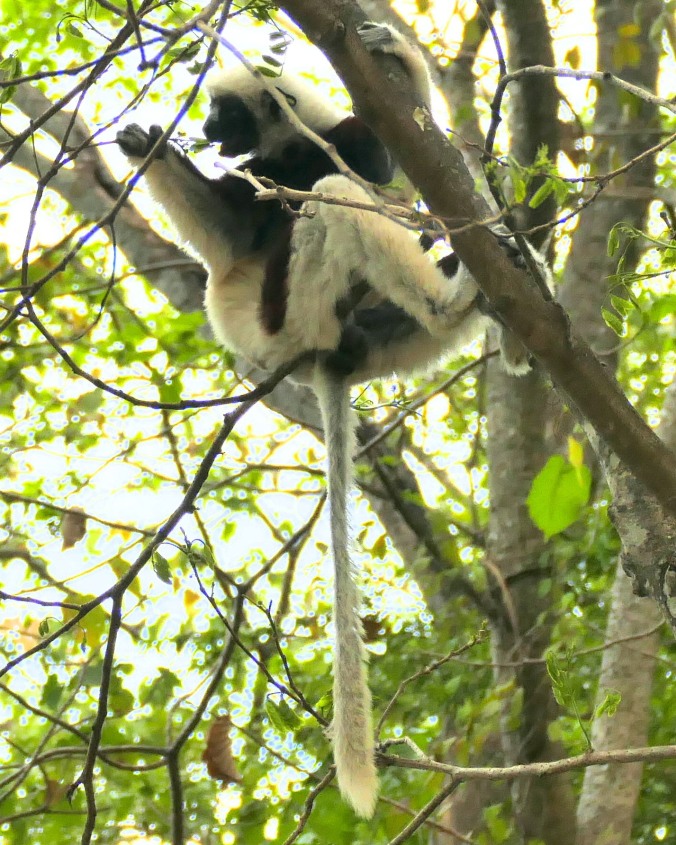 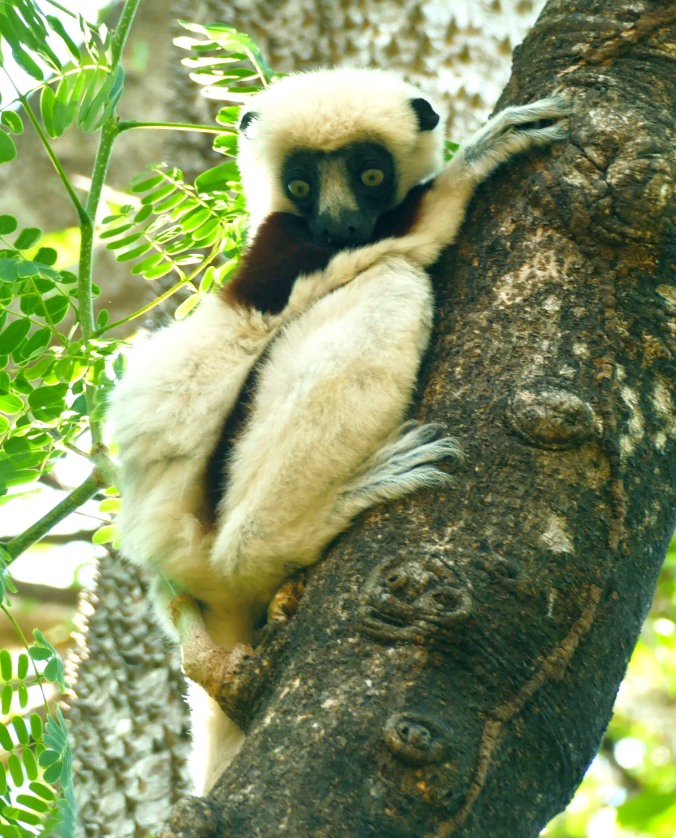 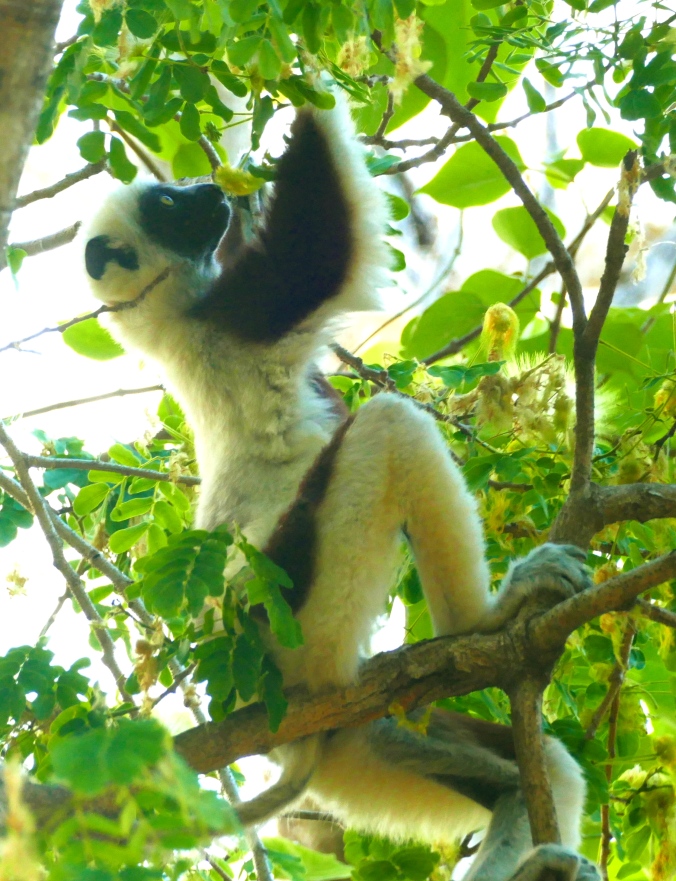 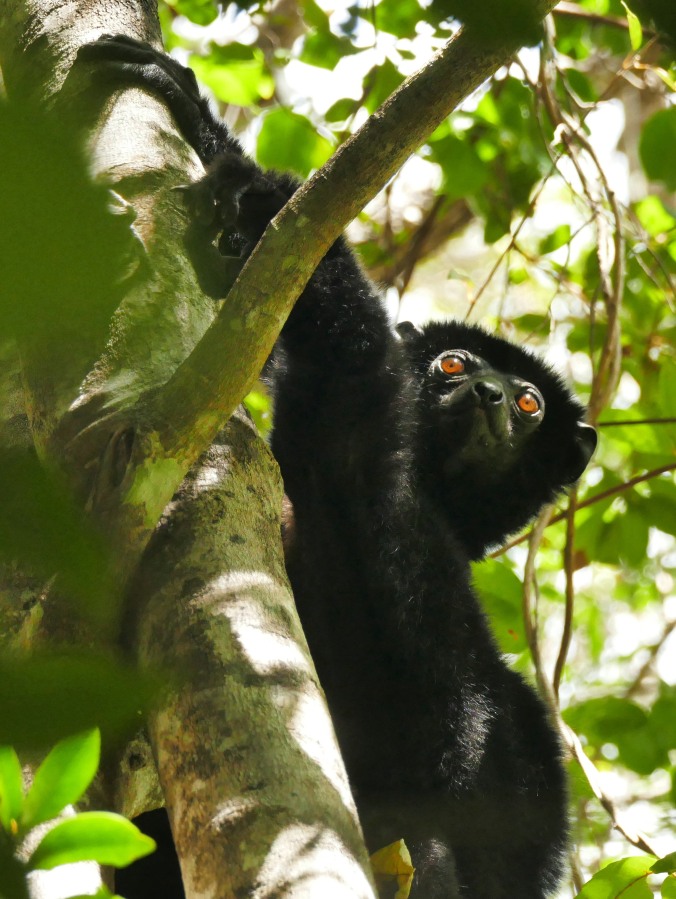 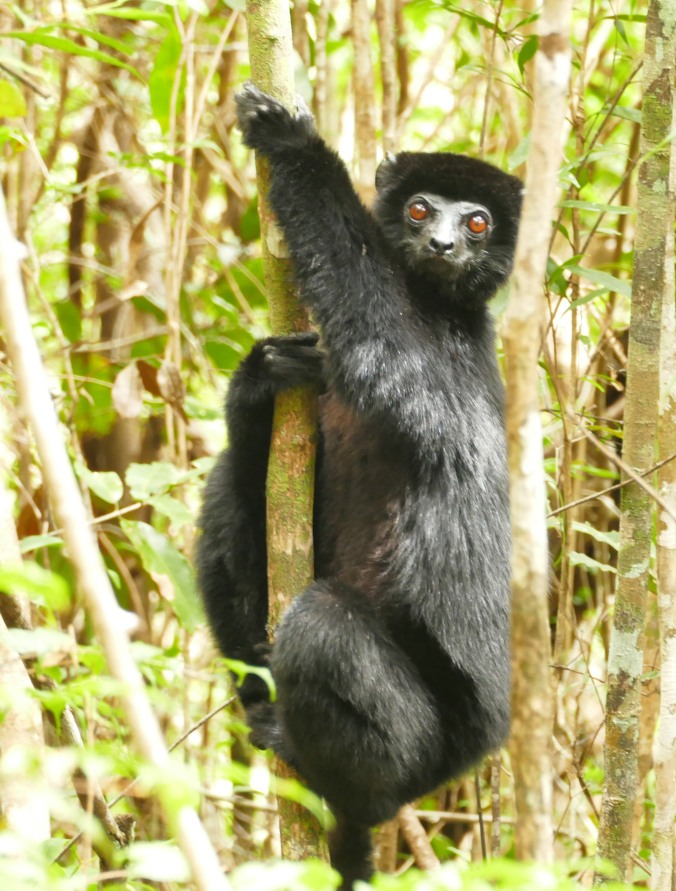 Although my photos of Silky Sifakas aren’t good, I am including them because there are only about 250 left and getting a glimpse of them entailed a tough four day camping hike through steep mountainous rainforest, often crossing rivers and clambering up through undergrowth in heavy rain.

Silky Sifaka – only about 250 are left 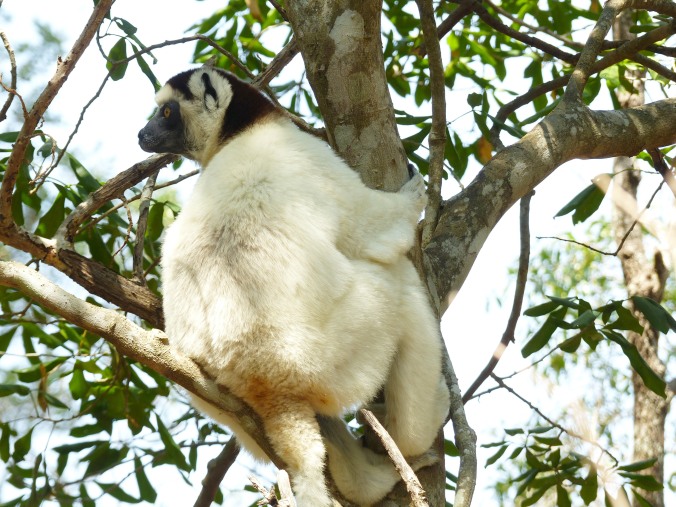 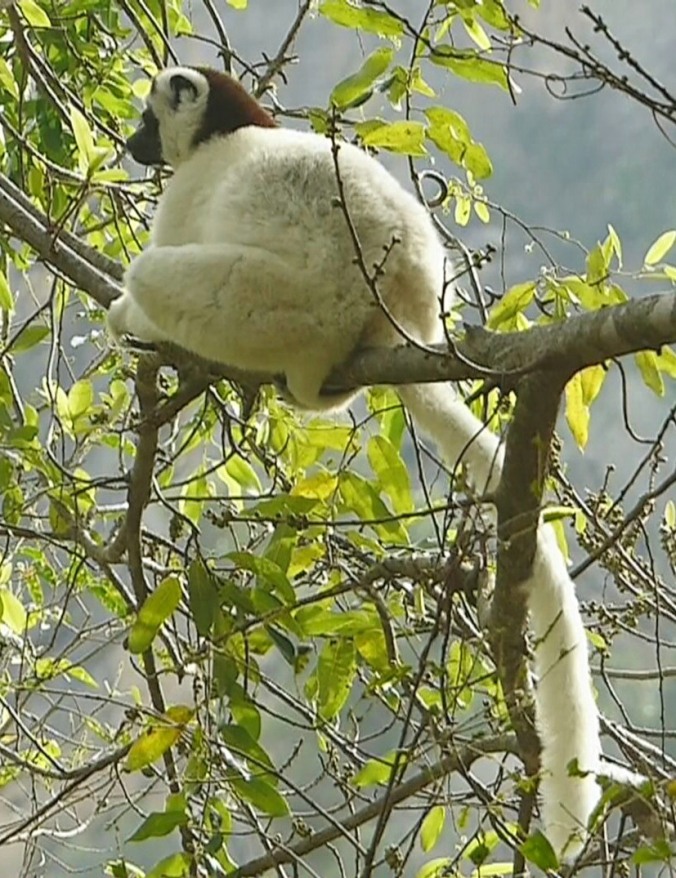 But I think the most beautiful of all the Sifakas I have seen are the Diademed Sifakas which I showed earlier in the week.