Perhaps the strangest-looking of all primates is the extraordinary Aye-aye. They spend the day sleeping in one of several large untidy nests made of masses of twigs high up in trees. We walked a long way through dry forest just before dusk, past people digging deep pits looking for gold dust in the soil. Trackers had identified which tree the Aye-ayes were in, so we took up our positions before it got dark and had to keep very still and quiet as they are so shy and easily scared off. Eventually they emerged – and didn’t seem camera-shy after all although it was difficult to photograph them in the dark about 10m high. 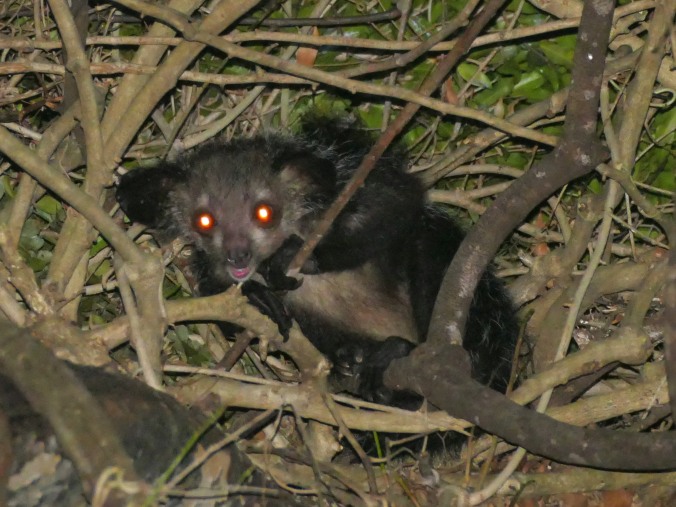 They were a lot bigger than I had imagined from TV programmes – up to a metre long including their very long, thick bushy tails, and weighing nearly 2kg. They have very long fingers, the middle one of which is extended so that they can poke it deep into holes in trees to extract grubs.

I’ll leave you to decide whether you think they are ugly, quaint, appealing – or what?!

But now for some rather more endearing lemurs – some Brown Lemurs. 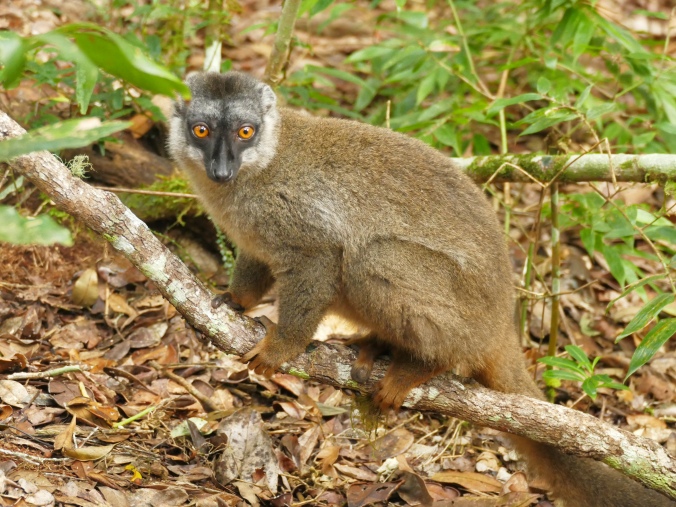 Common Brown Lemurs are normally feeding up in the trees, but this one seemd to have no fear of us and came down to our level to investigate! 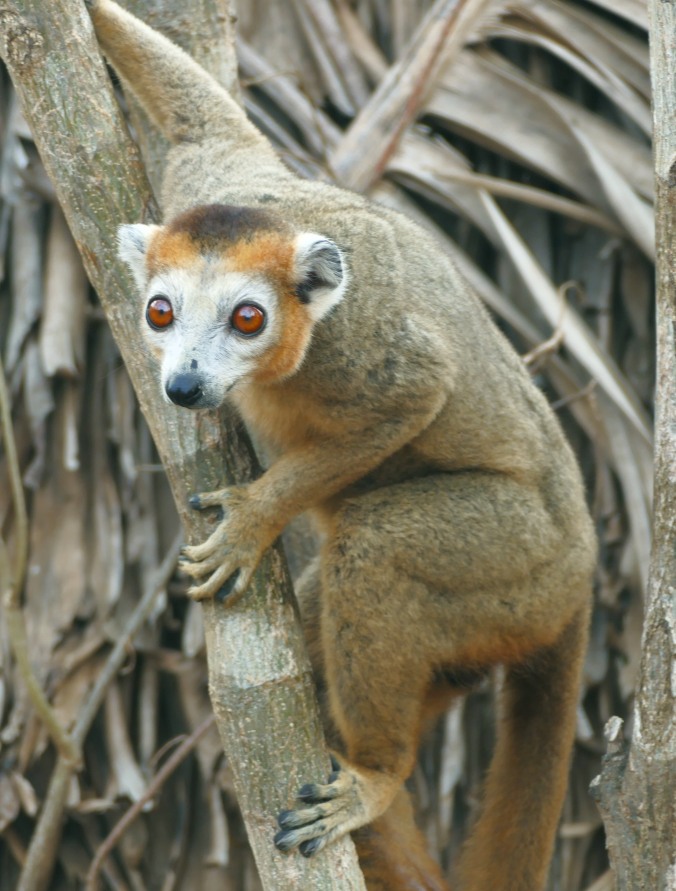 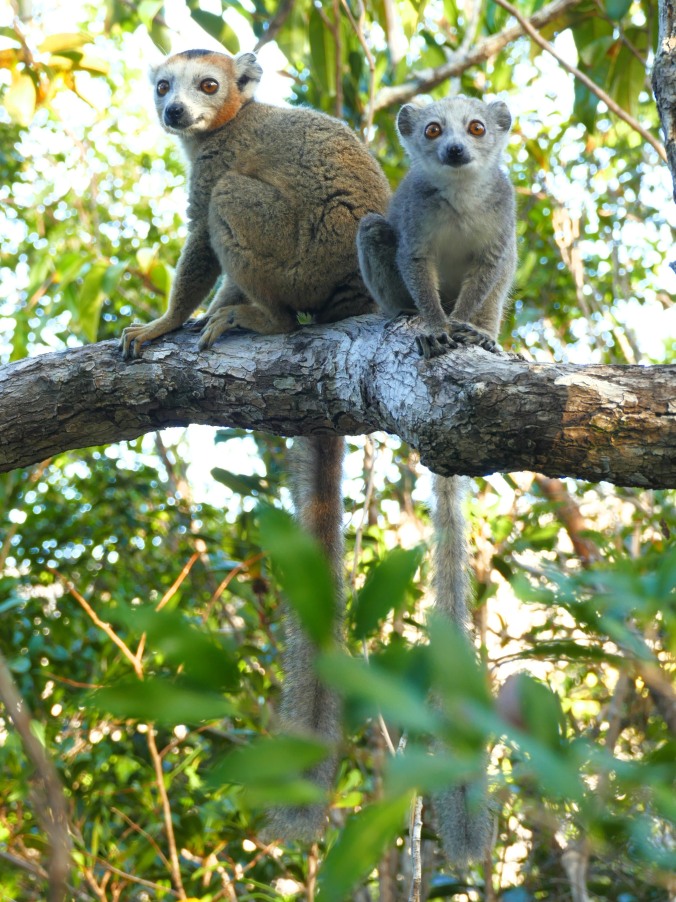 Crowned Lemur with her baby 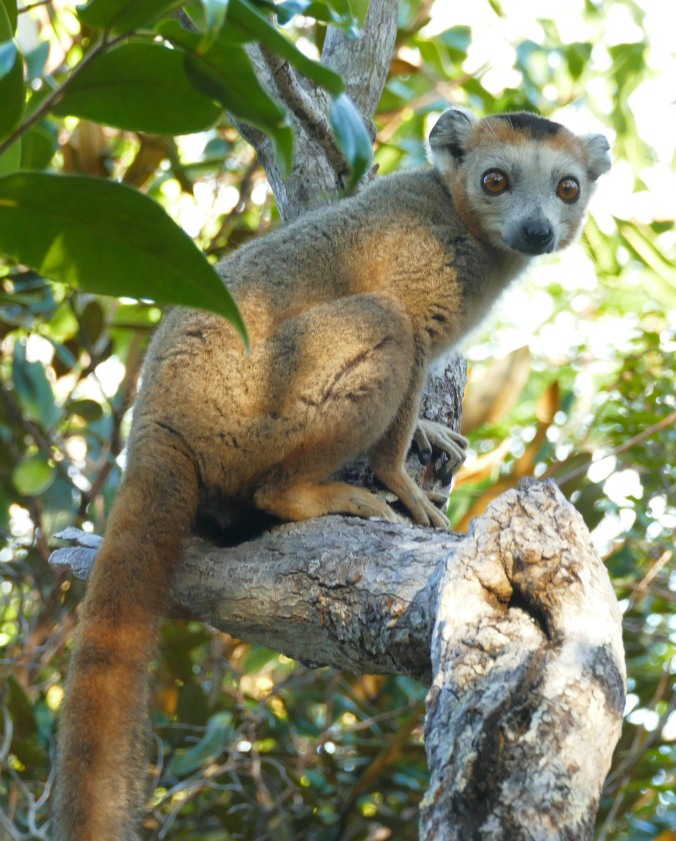 Only the male has white fur around its face