With 11,000 miles of coastline, it’s not surprising that sea fishing, both as a leisure pursuit and commercially (sometimes on an industrial scale), is a way of life in our British seaside communities. 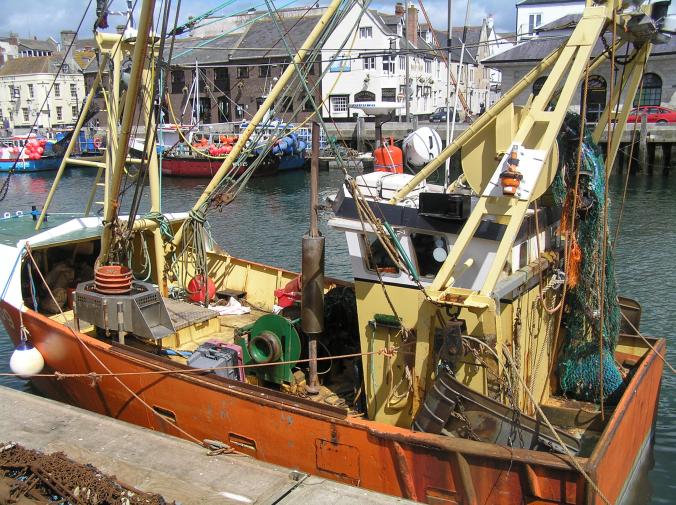 It is also unsurprising that fishing boats can get into difficulties, especially when the weather is stormy and the seas rough. There are believed to be well over 44,000 shipwrecks around our coasts but more are being discovered. This map looks shocking, especially when you start to estimate how many people on those boats have drowned. The Royal National Lifeboat Institution (RNLI) was formed in 1824. 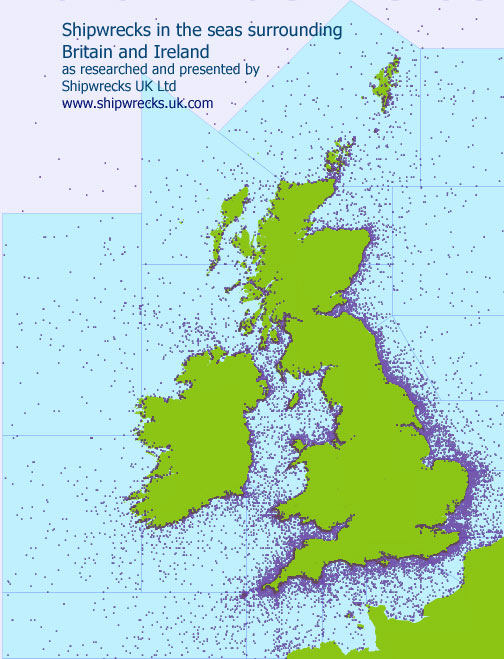 Shipwreck sites around the UK. 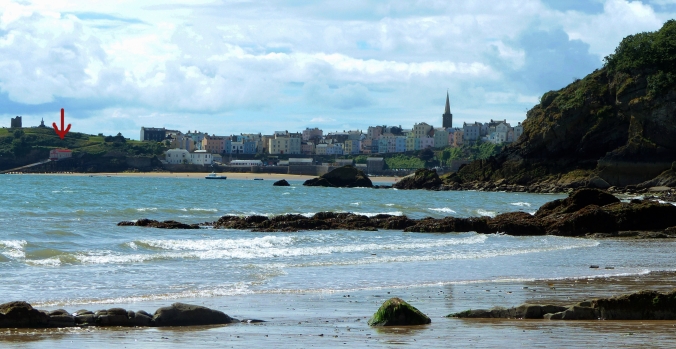 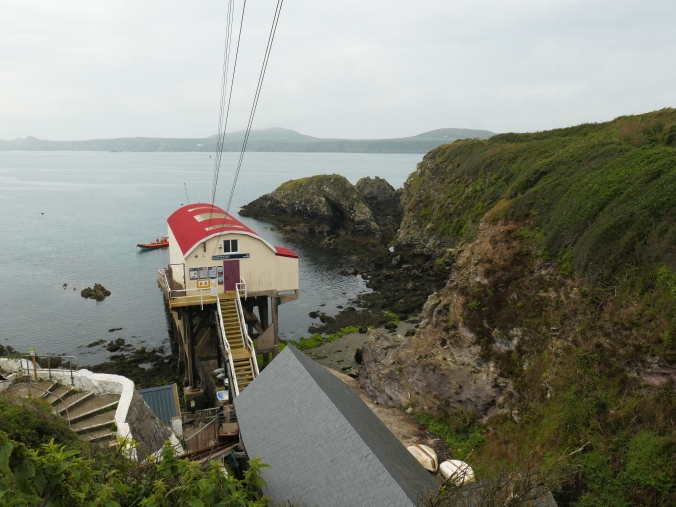 Ramsey Island is in the distance

A few years ago, we visited the idyllic little harbour of the village of Cove in the Scottish Borders on a beautiful calm, sunny day. We weren’t prepared for the heartbreaking sculpture of women and children desperately looking out to sea for their husbands, fathers and brothers. During the night of 14th October 1881, a terrible storm hit south east Scotland. 189 fishermen from six villages in Berwickshire were drowned – the worst disaster in British fishing history. 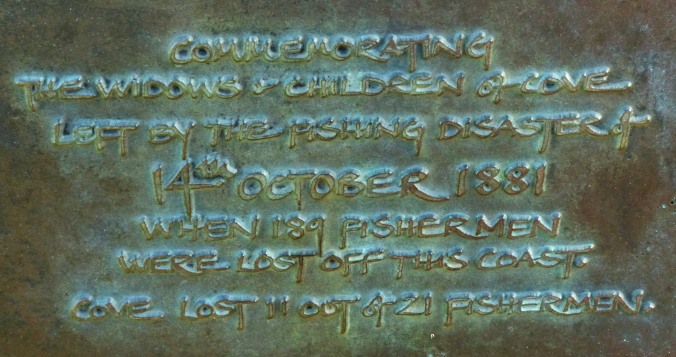 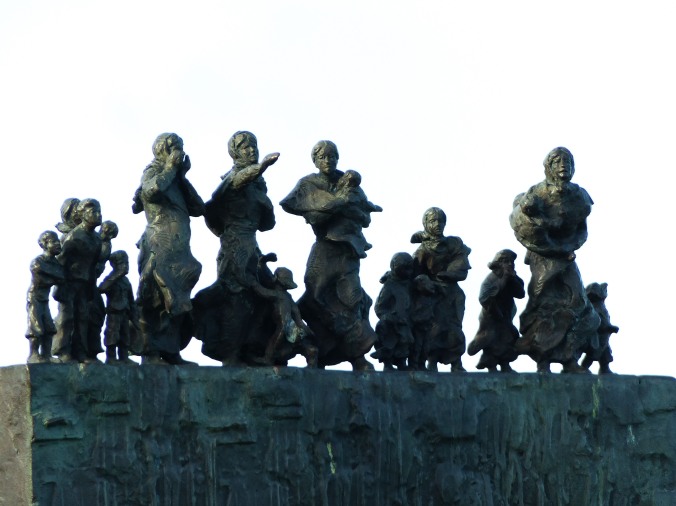 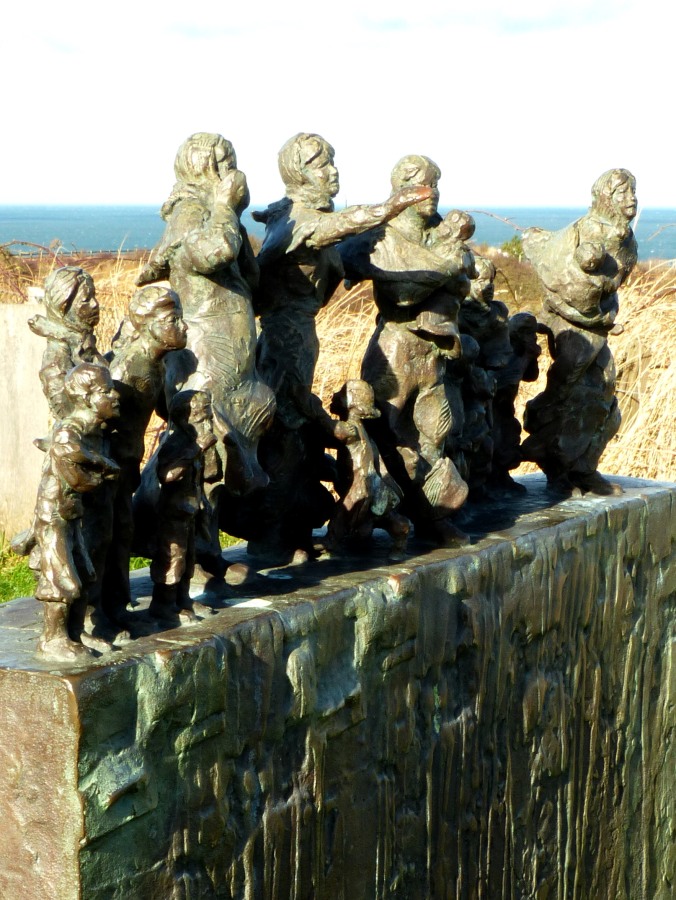 The women and children of Cove hoping to see the lost fishing boats.

Sculpture of a girl mending fishing nets at Bridlington, Yorkshire

FACT FOR THE DAY:

. . .  the Royal National Lifeboat Institution (RNLI) is a charity and now operates 238 lifeboat stations around the UK coastline. It is run almost entirely by volunteers (95%). I am always amazed and puzzled that, as an island nation, the RNLI gets no government funding. They have saved more than 143,000 lives at sea in nearly two hundred years of existence, always putting out to sea whenever they get a distress call, even in the most violent and dangerous storms. Consequently, more than 600 volunteers have died which means an average of one volunteer for every 240 people saved. Many of those who have been rescued by the RNLI in more recent years are members of the public who get into difficulties off shore rather than professional fishermen.

It cost £181.5m in 2019 to run the Lifeboat Service – all funded by volunteers and supporters. They are constantly upgrading the boats, stations and equipment. All crews train every week.