I am ending this week’s theme of Children of the World with a photo of my eight grandchildren who have grown up so safe and happy in a privileged environment and using more than their fair share of the world’s resources. But that isn’t their fault – any more than it is the fault of the billions of children who are growing up living in poverty, malnourished because of famine and drought due to climate change, often sick, perhaps homeless, refugees or migrants, or living in fear in conflict zones. So many have no opportunities, often due to lack of even basic education, and have a hopeless future – unlike my grandchildren, some of whom already have good jobs or are at university, while the youngest three are still at school. The holes in the girls’ jeans are designer holes which they’ve paid for, not worn out old jeans because they can’t afford new ones! There are so many gross inequalities in the world – even in the UK. The contrast between my grandchildren and the other children whose photos I have shared this week is enormous.

Really?? Agreed – life isn’t fair. But no one should get used to it and accept that as a maxim by which to live. We should object to the unfairness in the world and work to make it a fairer world for all. But how?!?! At least my grandchildren are growing up aware of the contrasts. Three of the older ones have even been to Teso with me several times and done voluntary work. 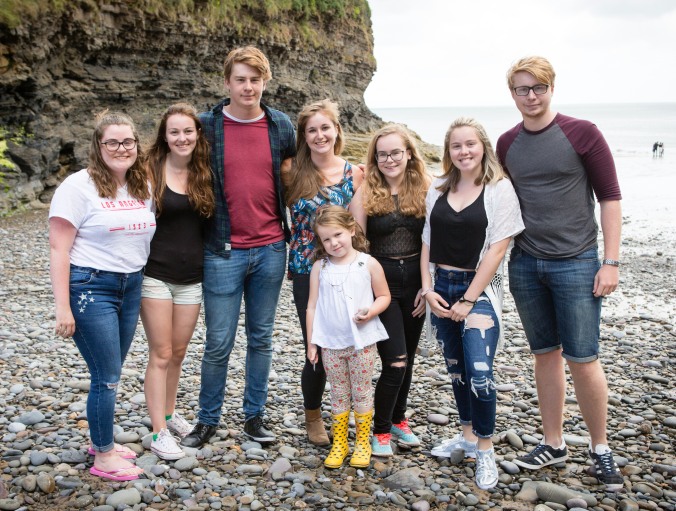 Our eight lovely grandchildren in 2017